The New Year presents the perfect opportunity for a fresh start. If you haven’t put together resolutions for yourself and your business already, take a moment to envision what you want 2012 to be. After setting goals for your company, one step towards making them a reality is to anticipate what lies ahead in the Internet marketing world so you can stay ahead of your competition. As such, complements to New Year’s resolutions are predictions, and we wouldn’t be an Internet marketing company if we didn’t come up with our own! 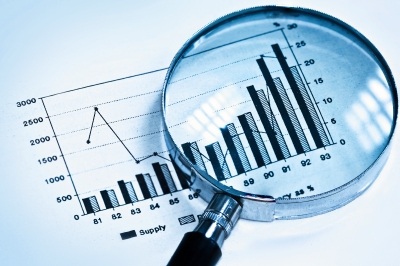 SEO Will Continue to Reign
As much of an impact as social media and social networking will continue to have on Internet marketing, search engine optimization (SEO) is the glue that keeps rankings and lead generation together. To ensure that your target audience will be able to easily find your website and content through high search engine rankings, you must make sure that proper SEO has been and will continue to be implemented.
END_OF_DOCUMENT_TOKEN_TO_BE_REPLACED

Sipe & Associates, Inc., d.b.a. SLS Consulting, is proud to announce being ranked within the Top 200 on the Lead411 Technology List for 2011. We are so grateful for this recognition and to all of our clients as we jump from the top 500 from last year to the top 200 this year!

The competitive nature of being given a spot on the Lead411 Technology Top 200 List for 2011 is no joke. Rankings for finalists were based on the highest revenue and growth among all tech businesses that applied. The final rankings reflect the fastest growing tech companies in the United States who stay ahead of the game and utilize the latest trends in the technology industry.
END_OF_DOCUMENT_TOKEN_TO_BE_REPLACED

For a law firm or any type of business, the Internet can be a treacherous place where your competition may jump at the chance to destroy you. A recent blog post of ours addressed online business reputation ransoming in which moving companies were being given false negative reviews on Google Places by reputation management companies who later contacted them for business. Now, people are not only spamming the Google Places profiles of their local competitors with fake, negative reviews, they are also reporting their competitors’ businesses as CLOSED.

A Search Engine Guide article discusses these recent and upsetting events occurring on Google Places. About 97% of consumers use the Internet to find a local business, which is why the majority of businesses create and manage a Google Places account. If business is that slow that a person needs to falsely report their competitor’s business as closed, then this creates a big problem in an already struggling economy. An even bigger problem, however, is why Google has allowed such deceptive practices to take place. Why aren’t Google Places owners notified through a confirmation email that their business has been reported as closed? Wouldn’t this provide an effective and reasonable way for accounts that reported the business closed to be manually reviewed so they can be banned? Sure, you could say that spammers will always find new ways of slipping through the cracks of the system, but shouldn’t every possible precaution be taken, especially when a businesses’ reputation and profits are on the line? We all know how hard it is to get a good Google Places ranking and the hoops Google puts you through to get it… so why is it so easy to get your listing shut down???
END_OF_DOCUMENT_TOKEN_TO_BE_REPLACED

Mashable reports that Google unveiled Google+, a social network designed to go head-to-head with Facebook. A very limited test field was rolled out on Tuesday, June 28, and will become available to the entire public at an undisclosed date.

One of the biggest differences between Google+ and Facebook is Circles, in which users are able to sort their friends into different social circles, such as friends, family, co-workers, and more. Users are able to share photos, links, posts, and other content with multiple circles or just one circle. Facebook users are able to limit who can see what, but it is not as easy to manage, nor is it as central of a feature, as it is with Google+. Another significantly different aspect of Google+ is that it has a free, multi-user video chat feature, called Hangouts. Currently Facebook does not have anything similar to this. Within Hangouts, users and their friends are able to search for and watch YouTube videos together as a group. (Google owns YouTube.) All users in the chat are able to search, play, or pause a video.
END_OF_DOCUMENT_TOKEN_TO_BE_REPLACED

On March 30, search engine giant Google announced the +1 button, which will soon appear in Google search results next to links. When a user clicks the button for a link, Google defines this action as a “public stamp of approval,” as it recommends the link to all of their Gmail contacts. A user’s name also becomes associated with the link “in search, on ads, and across the web,” according to Google. In order to use the product, a user must have a Google Profile. The addition of this new tool from Google is one reason why having a Google Profile is important.

Aside from the obvious fact that the +1 button is another way for Google to compete head-to-head with Facebook, the company’s official reason for the product is that it will make search results on Google more relevant. Jim Prosser, Google’s representative, said that people typically consult with their friends and other people regarding their decisions, so integrating what users recommend to their contacts is an easy way to make Google search results more useful.
END_OF_DOCUMENT_TOKEN_TO_BE_REPLACED

Recently, Hubspot hosted “The Science of Timing”, a webinar attended by almost 25,000 that discussed research conducted by Dan Zarrella, a social media “scientist” who analyzed thousands of blogs, Facebook profiles, Twitter accounts, and emails to present data regarding the best practices for when and how often these communication tools should be utilized. The following is a brief look at some of the key points that were discussed during the webinar that are beneficial to law firms and other businesses looking to better market themselves online.

END_OF_DOCUMENT_TOKEN_TO_BE_REPLACED

Are you wondering why your traffic and website rankings dropped suddenly? Well, aside from the fact that slight shifts in traffic and site rankings occur on a daily, weekly, and even monthly basis, Google recently updated the way it ranks web pages with the Farmer Update.

By changing its algorithm, which seems to have mostly affected lower quality sites, content farms, and even some article directories, Google has made its message loud and clear that high quality sites hold the most search engine strength. Why is this the case? Because these are the websites that actually help people. Search engine users are looking for relevant results for the information and/or help that they need.
END_OF_DOCUMENT_TOKEN_TO_BE_REPLACED

It’s hard to believe that 2010 is almost over. While some can’t wait for this year to be a thing of the past, others may still be relishing in goals achieved and reflecting on lessons learned. No matter where you stand, in the world of Legal Internet marketing, 2011 should be an exciting year and there is much to look forward to. Here are some predictions for Legal Internet marketing for 2011!

1. Social Media Dominance – Social media sites like Facebook, Twitter, or LinkedIn will only continue to grow in popularity, become more user-friendly, and advance in what features are offered. If you have to ask yourself what these sites are, then 2011 should be your year of trying out the many benefits provided by various aspects of these social media platforms.
END_OF_DOCUMENT_TOKEN_TO_BE_REPLACED

Sipe & Associates, Inc., d.b.a. SLS Consulting, is pleased to announce being ranked in Lead411’s Technology 500 List for 2010. The list was released on Lead411’s blog on December 1 and is comprised of the renowned company’s final rankings of the fastest growing tech businesses in the United States. In offering corporate information, company news and awards for up-and-coming businesses, as well as providing alerts and people data relating to companies throughout the U.S., Lead411 has honored SLS Consulting by recognizing the Legal Internet Marketing firm as a company that stays on top of trends in the technology industry.

Lead411’s CEO Tom Blume states, “We started this list in order to track and recognize the fastest growing tech startups.” The Lead411 Technology 500 list contains privately held companies that obtained at least $1 million in revenue in 2009 within the software, Internet, media, wireless, hardware, telecom, IT services, eCommerce, and consulting industries. According to Lead411, the Technology 500 was created to honor the companies “who are doing it right” in the arenas of products and services, marketing, and employment.
END_OF_DOCUMENT_TOKEN_TO_BE_REPLACED

Then it probably is, right? Well, it depends.

If I were to tell you that our legal Internet marketing company can expand your client base and web presence through a visitor-friendly and informative website with SEO to help your firm get solid search engine rankings, you may have your doubts. However, you’d only have to take a peek at our client testimonials to see that SLS Consulting has done this time and time again.

But what about an email offering you a free service from an Internet company you’ve never heard of? This song has a different tune. Some attorneys, and most likely other businesses as well, have been receiving emails and contact form submissions offering a free listing and a meeting to “put a face with a name.” Many of these companies are even more than happy to personally deliver an authorization form directly to your office at a time that is convenient for you. Sounds wonderful, but most of these companies do not actually provide a business with a free listing unless it purchases their SEO services.
END_OF_DOCUMENT_TOKEN_TO_BE_REPLACED