One week later, our nation continues to recuperate from and make sense of the terror at the Boston Marathon. At SLS Consulting, we express our condolences to the families who have lost loved ones and we wish as smooth a recovery as possible for individuals coping with injuries.

No one can anticipate what their response will be to such a shocking tragedy. The relentless effort on the part of The Boston Globe to accurately report on events surrounding the finish line bombings and the subsequent manhunt is admirable and inspiring.

According to a Mashable article, The Globe had 20-30 reporters at the race and many other reporters participating in the race, but, thankfully, no staff members suffered injuries. One staff writer was near the finish line when the first explosion occurred. Instead of running away from the scene, he began documenting the events and recorded a video. In addition, a producer for Boston.com shot footage of the explosion aftermath that made its way onto numerous websites. These are only two examples of the many efforts by The Globe employees to provide non-stop breaking news coverage on its websites and social media platforms.

The number of site visitors is impressive; however, apart from their success, what stands out the most about The Globe is the courage and perseverance of staff members in a city that was under attack.
END_OF_DOCUMENT_TOKEN_TO_BE_REPLACED

In the past several months, the video application known as Vine, which is the latest addition to Twitter, has become an increasing presence on the social media website. And while many individuals have used Vine to make fun short videos, (Vine videos only run a maximum of six seconds) companies have also begun to use the application for Twitter marketing.

But is it the right marketing tool for your company?

Like Tweets, Vine videos are informal in nature. Videos are taken via a smart phone and can be comprised of as many clips as the user wants, with or without sound. While these videos are short, users can play around with them to create a variety of looks and feels. Some users have taken up the entire six seconds with one shot, and others have used rapidly edited clips to create a stop motion feel.

These videos cannot be edited after being shot, which gives them a more rough and informal feel than professional videos in other mediums. However, that does not mean that businesses looking to market themselves with the help of Vine should shoot without a plan.
END_OF_DOCUMENT_TOKEN_TO_BE_REPLACED

There are many aspects involved in creating a successful website design that helps draw in customers and gives your company a better chance at success.

However, finding a balance between the appearance of your website and the functionality of each page can be difficult for many. 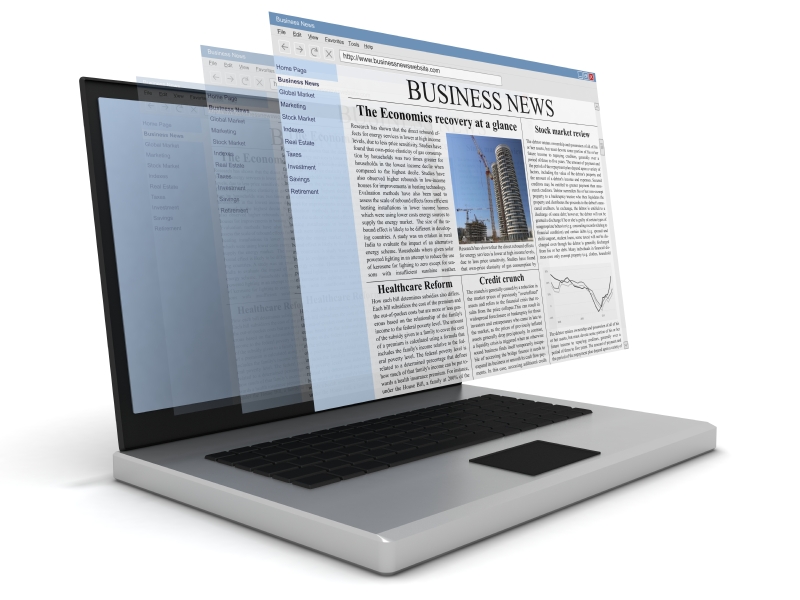 When redesigning an old site or designing a brand new website, it is important to balance style and function.

A skilled designer will not simply favor one over the other, but will rather focus on both and create a site that naturally combines the two for the benefit of the company and visitors alike.

Visitors should be able to easily move throughout the site, exploring various pages and being able to get to the topic they were originally searching for in the first place. However, the links found throughout each page should not compromise the look of the site. Make sure that the presence of links fits into the look of the page through color use, font, and placement within the page as a whole.
END_OF_DOCUMENT_TOKEN_TO_BE_REPLACED

For many companies, creating the right appearance online can be a tricky situation. The same is true for law firms, as staying professional while appealing to the strong call for personalization online can seem like a difficult task. However, it is important for law firms to recognize that personalizing their online presence and showing the human side to their company is not a threat to their appearance, but rather a boost to their attractiveness to potential clients.

A law firm should always show clients that they are skilled and ready to represent them. However, keep in mind that people would rather interact with a human being than a faceless organization. This is where personalizing content comes into play.

Personalization, as can be seen by the word itself, is unique for every law firm online marketing strategy. However, there are certain factors to always keep in mind when creating content online. When reviewing your company’s websites think of these factors and consider whether or not you have been appropriately personalizing content.
END_OF_DOCUMENT_TOKEN_TO_BE_REPLACED 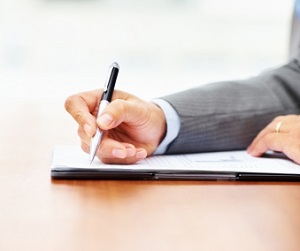 There comes a time in every attorney’s life, maybe more often than most would like to admit, when it seems as though there is never time to blog. Imagine that!

For most lawyers, this isn’t far from the truth as time spent in court, paperwork, and client interaction makes the months and years fly by. With that being said, neglecting the Internet for marketing and branding opportunities, such as a legal blog, can do a lot more harm than good and it is worth arranging your schedule to sort out what’s feasible.

Whether you do your own legal blog writing or hire a company to do it for you, inspiration for writing can often be found through some outside perspective. No one likes to be told what to do, but when you need help, being open to some suggestions never hurts.

How to Clear Some Mental Space

One way to overcome law blog writer’s block is to tap into why blogging is important. Here are some blog posts on areas to focus on for rekindling your motivation and to give your legal blog the new edge it needs:

No matter how slammed you may be with work, taking a few moments to read up on the above and other “How To’s” of blogging can relieve some stress. You’re not the only one out there juggling a lawyer’s responsibilities, marketing, and everything else life throws your way.
END_OF_DOCUMENT_TOKEN_TO_BE_REPLACED

We all know the feeling of waiting for that foretold Panda update and seeing what havoc it may wreak, but this does not seem to be the way things are anymore. 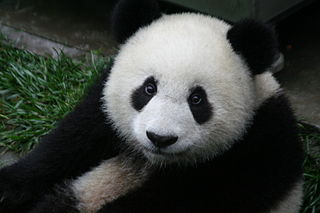 According to Matt Cutts, Google’s Distinguished Engineer, future Panda updates won’t be the usual monthly or so manual refreshes they have been, but a part of Google’s real-time algorithm. This means it will be “rolled out” or deployed more gradually as Google is rebuilding the index.

That is all well and good, but what does this mean?

Panda updates won’t just hit your website(s) on a given day as they did before. It is less likely that you will notice any huge changes in analytics should the new Panda method ding your site for “low quality” content because it’ll hit it little by little. But this may make it faster to recover from any negative impact. That is, if you realize that you’ve been hit.
END_OF_DOCUMENT_TOKEN_TO_BE_REPLACED

For any company, reputation management is a key aspect of online brand development and marketing. Through this process, a company will be able to show the quality of their services or products and be able to properly deal with negative comments and reviews posted online.

The Truth about Bad Reviews

Often, many companies see reputation management as a scramble to react to negative online content concerning the brand. Many will try to get negative reviews removed and cover up such activities as quickly as possible in order to “preserve” the appearance of the company. However, it is important to remember a few important factors.

Your overall online reputation is the result of each review that has been posted, with a greater number of reviews leading to a more complete view of your company. However, the fewer the number of reviews, the more each one will stand out, with bad reviews being especially noticeable.
END_OF_DOCUMENT_TOKEN_TO_BE_REPLACED

No two companies are exactly alike in the services they provide or the image they wish to project to consumers. However, there are a wide variety of websites that will allow a company to develop their brand through content and interaction. Even the same site can be used in drastically different ways by two different companies.

Being informed of the possibilities on a site and taking full advantage of them to develop your business’ unique brand and style is vital for every type of online marketing campaign. Here are a few sites with great potential and what they can do for you.

This is the basis for all branding for your company. Starting here, the design of the site and the content will let visitors quickly know what you are all about. As all other sites will redirect potential clients here, every page on the site will need to grab the attention of visitors and provide them with the information that they need. In reverse, the style and images used here should bleed out into other sites.

The largest social network in the world, companies should have some sort of presence on this site. Regular updates should involve both business-related posts as well as social interactions with followers. If followers trust your social media content, they can trust your products. The photos and statuses you post are vital to creating a well-rounded image of your company.
END_OF_DOCUMENT_TOKEN_TO_BE_REPLACED

While marketing your company online and through social media websites is still relatively new in the arena of business, a large portion of people are already aware of it. However, simply knowing about the idea of social media marketing is not enough. Often, little pieces of advice or conclusions that you have come to on your own are actually misguided. This can come back to hurt your marketing plan and your company as a whole either immediately or in the long run.

However long you may have been marketing your company online, it is never too late to put an end to these mistakes and get on the right path!
END_OF_DOCUMENT_TOKEN_TO_BE_REPLACED 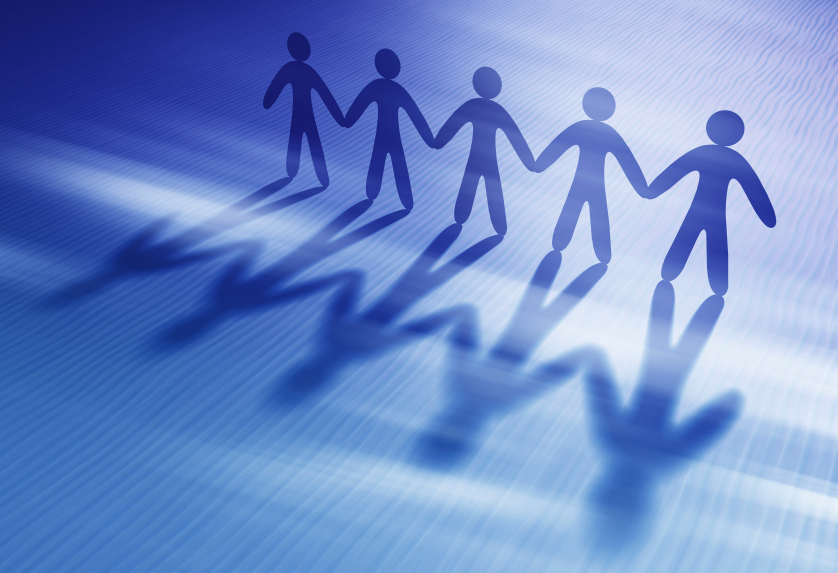 Let’s be honest, when we say “future-proof” we actually mean “Google-proof,” since it is Google’s algorithm updates that have been putting a damper on various link building strategies, but that does not change the fact that future-proofing your links is actually possible and not as difficult as you may think.

As a legal Internet marketing company, SLS Consulting offers a wide range of services, including SEO (search engine optimization) and a key component of effective SEO is link building, but not just any link building, natural link building.
END_OF_DOCUMENT_TOKEN_TO_BE_REPLACED