According to UrbanDictionary.com, a “catfish” is “someone who pretends to be someone they are not online to create false identities, particularly to pursue deceptive online romances.” While the 2010 film documentary of the same name brought the issue to light in the mainstream, the most recently publicized case of catfishing involving a University of Notre Dame football player highlights all the reasons why due diligence must be put in place when interacting with online personas, particularly from a marketing standpoint.

The story of Mant Te’o, defensive linebacker for the Fighting Irish of Notre Dame, is emblematic of the deceit that can very easily take place in the online world. In case you haven’t heard his story, Te’o is now at the heart of an Internet hoax involving him, a fake girlfriend, and that fake girlfriend’s death. After establishing an online relationship with an individual whom Te’o assumed was female (and real) on the microblogging site Twitter, the football player was recently presented with evidence that says otherwise. Unfortunately, reality online is not always the same as it is offline.

Due to Te’o’s notoriety as a standout player with one of college football’s most storied programs, his girlfriend’s death soon became common knowledge amongst sports fans, particularly since he attributed his on-field success to her legacy. With her mere existence being part of a much larger hoax at this point, it is a sad fact that those whom we interact with on social media sites and online forums may not always be who they say they are. Just as Te’o’s image has undoubtedly been affected by this hoax, so too can a brand’s image be negatively impacted by deceitful practices online.
END_OF_DOCUMENT_TOKEN_TO_BE_REPLACED

The year 2012 brought major changes for Internet marketing, both in new guidelines from search engines and new trends in what can make online marketing more affective. Some of these changes brought unique spins on marketing, others brought panic for those who suddenly found themselves scrambling to keep up with the changes. With so many major events in the world of Internet marketing this past year, 2013 can be frightening to think about for many, but it’s also an opportunity for a fresh start.

While no one can completely predict what may occur in the coming year, here are some major predictions for legal Internet marketing in 2013.
END_OF_DOCUMENT_TOKEN_TO_BE_REPLACED

It is that time of year again to get out your pen and paper, or launch your computer’s writing program, and write down what your goals and resolutions for 2013 will be. There are no restrictions to New Year’s resolutions and you can have as many as you want. You can even keep different lists, for the different aspects of your life. While many people stick to personal goals like, “Exercise at least twice a week,” at SLS Consulting, we believe it is important to also come up with New Year’s resolutions for your law firm.

A Tentative Legal Internet Marketing Resolutions List
Every law firm is different and while general goals may overlap with other firms, it is important to come up with those resolutions that are specific to you and what you want to be better at. Getting to #1 in Google search aside, here are some New Year’s resolutions that may seem small but could do great things with your legal Internet marketing campaign:
END_OF_DOCUMENT_TOKEN_TO_BE_REPLACED

The holiday season is a wonderful time to spend time with friends and family and give thanks for any and all of the things you may be thankful for this year. If you are an attorney with a passion for the law as well as for helping others, you may be appreciative of the different ways in which new clients can discover your legal services and learn how you can help them if they are in need of legal assistance. One of the most excellent tools to achieve this goal is your website, and there are many components to making a legal website a successful one. 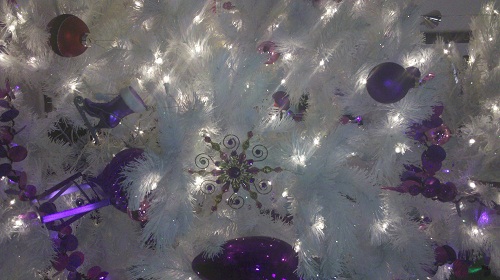 With this in mind, the following is a sample letter to the beloved seasonal figure Santa Claus with some ideas as to what you may want to ask for in order to make your attorney website informative, memorable, and marketable:

Dear Santa Claus,
I hope this letter finds you, Mrs. Claus, as well as your employees in wonderful spirits! Though I am sure you are quite busy preparing for the holiday season and your annual trip around the world, I wanted to send you a quick letter with just a few things that I have been dreaming of this year for my law firm’s website. As an attorney, I aim to help those in need, and with a number of successful cases this year, I feel without hesitation that I am on your “Nice” list and may ask for just a few things from you this Christmas.
END_OF_DOCUMENT_TOKEN_TO_BE_REPLACED 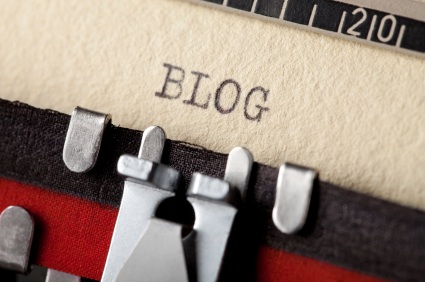 The path to a disastrous blog is written with good intentions.

Many set out to create a memorable and successful blog post, but do not realize until long after they have hit “publish” that what they have put online is harmful to both their reputation and their business.

Grammar Catastrophes
Written content is meant to be effortless to read while also enticing. Nothing throws a pot hole in the path to success like grammar mistakes. Misspellings, bad syntax, poorly constructed sentences, and clunky language can easily put an end to the reading of a blog. Process your thoughts, take your time, and review your blog before publishing. If a visitor believes that a business cannot write properly, how can they trust the services that are provided?
END_OF_DOCUMENT_TOKEN_TO_BE_REPLACED

When a person in need of legal aid is searching for an attorney to fiercely defend their rights in the face of injustice, the first place he or she will likely visit is the Internet to research and find more information about the legal experts in their area. 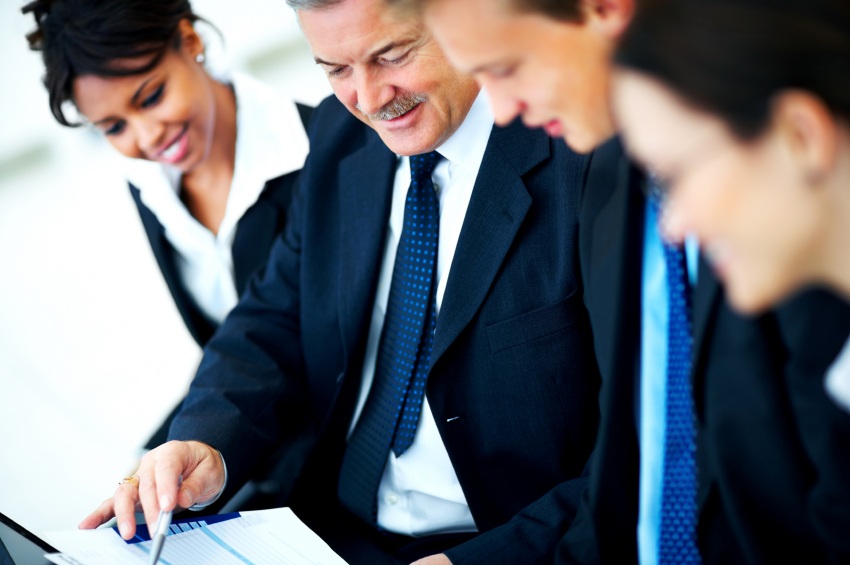 As such, bad reviews and an unfavorable online reputation may be the deciding factor in whether or not a potential client calls you. A bad lawyer online review can cause loss of current and prospective clients, and unfortunately, negative information can linger in cyber space for months (or years!) if proper action isn’t taken.

In order to preserve your positive reputation and ensure you do not lose any business due to negative reviews or other reputation teasers, an attorney must proactively maintain his or her online persona.
END_OF_DOCUMENT_TOKEN_TO_BE_REPLACED

There are two different marketing routes you can take to increase your visibility and convert more potential clients as a law firm: 1) Traditional Marketing; and 2) Inbound Marketing. While we may be biased as an attorney Internet marketing company, no one can deny the importance of having a strong online presence in times such as these, where the Internet is the first source of information for most people trying to find goods and services.

The below infographic, courtesy of The Whole Brain Group by way of HubSpot, provides a clear explanation of the difference between traditional and inbound marketing, as well as the basics of a cohesive and effective inbound marketing strategy, but we’ll also be covering the main points of this infographic for your convenience.
END_OF_DOCUMENT_TOKEN_TO_BE_REPLACED

There are many elements of law firm website design that businesses must consider when pursuing online success, and while some aspects, such as being pleasing to the eye and easy to read readily come to mind, there are deeper aspects of functionality that play a large role in success. Among these, having an easily searchable website can improve your law firm’s online presence in multiple areas, some that you may not currently know.

Drawing in Visitors
First-time visitors to a website can easily become lost, even if they have come to the site with a specific purpose. In order to prevent your visitors from getting lost, and then likely leaving the site altogether, giving them the ability to easily search your site will help them to find the information they need. While there are many ways that search functions can be integrated into the site, it is best that users can easily find the search toolbar on any page. Additionally, searches should be able to lead them to the pages they are searching for with as little effort as possible and accurate search results. In essence, search functions on your website should work to draw visitors deeper into your website and encourage them to trust your business, not push them away.
END_OF_DOCUMENT_TOKEN_TO_BE_REPLACED

At this point, your law firm probably already has a blog (or if it doesn’t, you should really set one up). Although blogs are not as powerful a platform as they once were, they are still an important factor in content creation and a thorough inbound marketing strategy. A strong blog marketing plan impacts your overall Internet marketing success. By growing the influence of your blog, you can increase your content exposure and gradually evolve your attorney blog traffic from casual lookie loos to dedicated subscribers who will share your content and increase your conversion rate. But how can you get there?

Steps to Creating a Conversion-Worthy Blog
It would be great if you could just blog once or twice a month, get lots of traffic and automatically get a throng of dedicated subscribers, but that’s not really how it works.
END_OF_DOCUMENT_TOKEN_TO_BE_REPLACED

Staying clam may not be so easy if your website was hit – and hit hard – by Google’s new exact match domain (EMD) algorithm update, which was launched this past Friday, September 28.

Google has also confirmed that another Panda update (the 20th) was released on September 27. While Panda 20 continues to roll out, it is said to affect 2.4% of English search queries. The release of these two algorithms has had many business owners and SEOs in a whirlwind as far as which algorithm is the culprit. 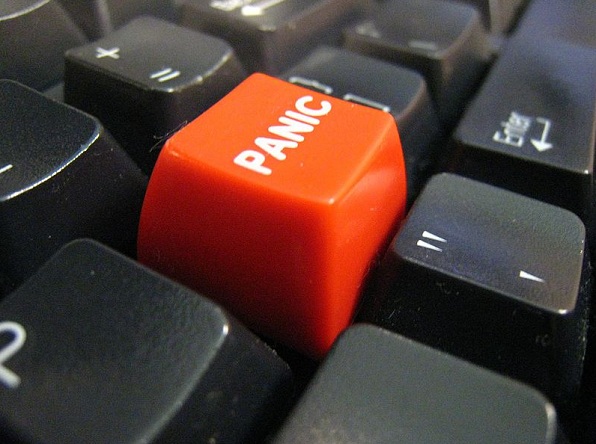 EMD is intended to remove low-quality exact match domains from high search results in Google. So, if your website rankings have plummeted and you don’t have an EMD, then you were most likely hit by Panda 20.
END_OF_DOCUMENT_TOKEN_TO_BE_REPLACED